For the second year in a row the California Department of Pesticide Regulation’s Air Monitoring Network found all pesticides monitored to be below levels that would indicate a health concern in 2016! DPR monitored 37 different chemicals, made up of 32 pesticides and five breakdown products. Of these different monitored chemicals 12 were not detected at all, 14 were detected at trace levels and 11 were detected at quantifiable levels. Of DPR’s 5,928 analyses 91 percent had no detectable concentrations. Among the chemicals that were detected at “quantifiable concentrations”, 91 percent of these detections were from carbon disulfide. In DPR’s report it is noted that there are no current product registrations for carbon disulfide. DPR notes that it is most likely present due to combustion form industrial facilities or is present due to decomposition occurring in wetland areas. For these reasons, DPR will no longer monitor this chemical. 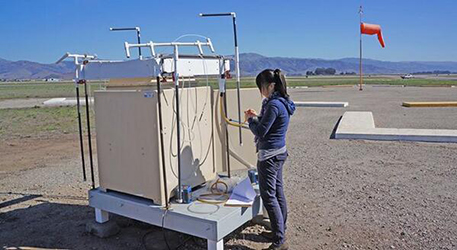