California’s own Kirk Gilkey, Manager of the Cross Creek II Gin, was this year recipient of the National Cotton Ginners Association’s (NCGA) Horace Hayden Ginner of the Year Award!  This is well deserved and a long time coming for one of the industry’s tireless contributors.  He was born and raised in Corcoran, California and has deep roots in the cotton industry.  He attended High School there in Corcoran where he was a star football player.  In fact, he was so good that he received a scholarship to play football at Arizona State University.  He left Arizona State and attended California Polytechnic State University where he received his Bachelor of Science degree in Ag Business Management.  Interesting to note that in 1980, he was selected to tour the British Islands with a California Rugby squad which competed against British Rugby teams.  He is one of the most active Ginners in California Cotton Ginners and Growers Association.  He has served for many years as a board member of the Association.  He served as Chairman of the Association in 1996 and was named that association’s recipient of California Ginner of the Year in 2000.  Furthermore, he has been a longtime Ginner delegate to the National Cotton Council, current Board Member of the NCC Board of Directors and Past President and Chairman of the National Cotton Ginners Association in 2010 and 2011.  In addition, he has served either as chairman or as a member of most of National Ginners’ Committees and Subcommittees.  He also served many years on the NCC’s Joint Industry Bale Packaging Committee and as Chairman of the Council’s Packaging and Flow Program Committee.  Currently, he is Manager of the Cross-Creek II Gin, General Manager of Gilkey Farming Enterprises and General Manager of, and a partner in, Gilkey Five.  In addition, Kirk is a trustee for the Corcoran Methodist Church and the Corcoran Community Foundation.  Kirk also served as Past President for the Corcoran Chamber of Commerce and served on the Board of Directors of Corcoran’s YMCA for over 10 years.    The Horace Hayden Ginner of the Year award is presented annually to a ginner in recognition of able, efficient and faithful cotton ginning service and in the continuing of those principles exemplified and practiced by Horace Hayden, former Executive Secretary of NCGA.  Previous winners from California include Louie Colombini, Buttonwillow Ginning & Westside Farmers Coop; Stan Creelman, Mid Valley Cotton Growers; Michael Hopper, Farmers Coop Gin; Loyd Colbert, Modern Ginning; Bob Faris, Elbow Enterprises; Ken Rowan, Broadview Coop; Tom Miller; and Macon Steele, Producers Cotton Oil.  Congratulations to Kirk Gilkey!  The Association would like to recognize all of his contributions to the California cotton industry and say: Job well done! 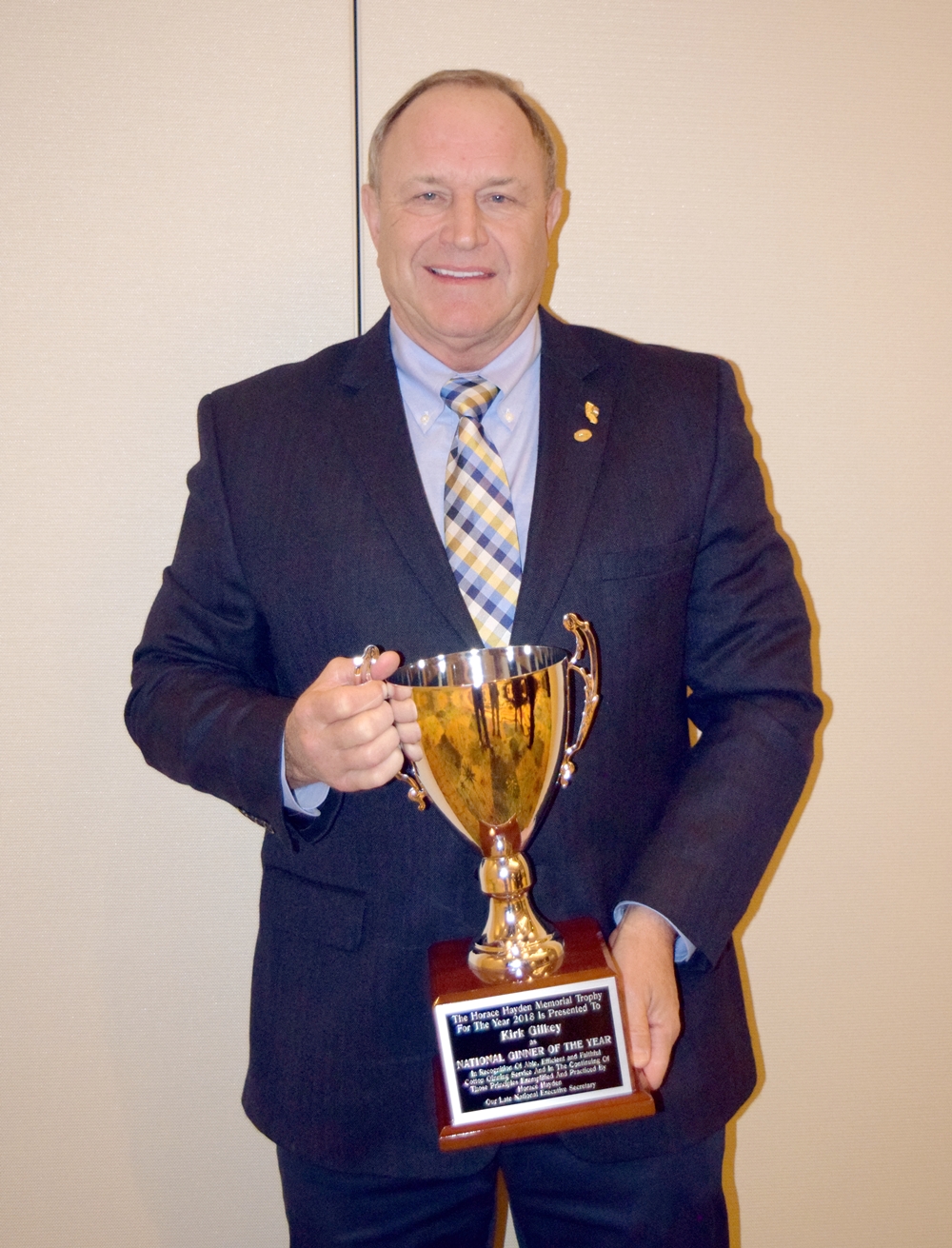