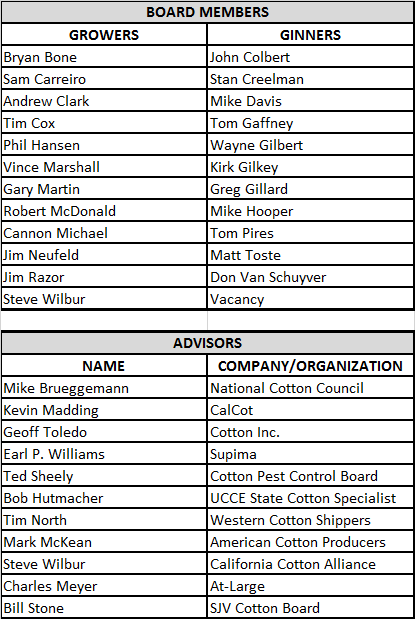 The new officers for the Association were appointed as follows:

Officially, this new organization will be called the California Cotton Ginners and Growers Association.