Over 1,000 farmers, farmworkers, business owners, teachers, medical agency staff, students and elected officials showed up at the Capitol to protest the “State Water Grab” contained in the State Water Resources Control Board’s (SWRCB) proposed Water Quality Control Plan for the San Francisco Bay/Sacramento-San Joaquin Delta Estuary (the “Bay-Delta Plan”) and the supporting proposed final Substitute Environmental Document (“Final SED”).  The proposal would require “unimpaired flows” on the Stanislaus, Tuolumne and Merced rivers during critical times of the year, which would ultimately mean a loss of 40% to 60% of the water used those areas.  This will be devastating not only to agriculture but to everything in Merced, Stanislaus and San Joaquin Counties.  In interviews following the Rally, Association President/CEO Roger Isom, who participated in the Water Rally, stated “this is not only a water grab, it is a clear signal that the State Water Board has no consideration for life in the San Joaquin Valley.  Anyone who questions that should look no further to the west side of the San Joaquin Valley devastated by similar measures that eliminated water coming to that area.  Fresno County went from being the number one cotton producing county in the world to outside of the top 100.  More than 20 cotton gins and the over 1,000 people involved in those operations lost their jobs, and the populations of salmon and delta smelt are no better off today, then they were back then.  This new proposal will have the same impact to the economies of Merced, Stanislaus and San Joaquin counties and towns like Denair and Ballico will look like Mendota and Firebaugh.  Today is the day we stand up and say enough is enough.  And today the state’s agricultural industry did just that!” 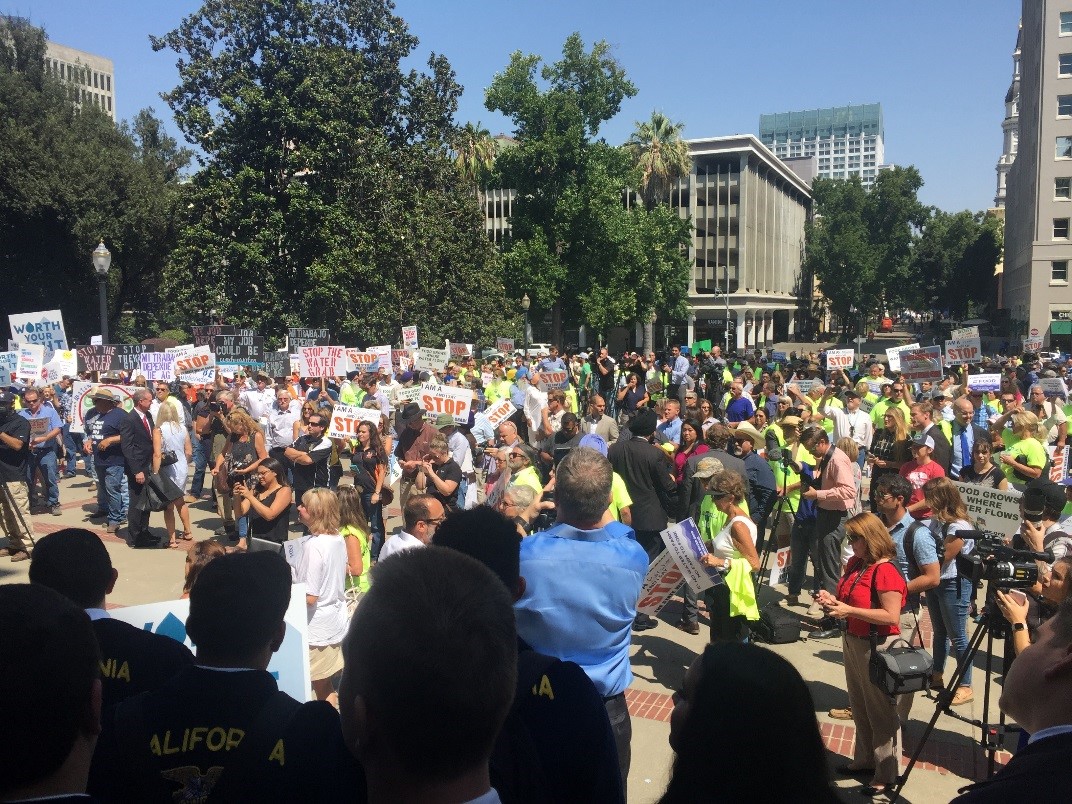