The Association testified at last week’s hearing in Sacramento at the California Resources Board (CARB) in support of the voluntary incentive approach to replacing tractors in the San Joaquin Valley.  The hearing was important because CARB must consider a backstop regulation beginning in 2025 if the voluntary approach doesn’t prove successful.  Association President/CEO Roger Isom testified on the fact that agriculture did what it said it would do and over 1,000 tractors and harvesters have already been replaced. The San Joaquin Valley has now reduced 5.9 tons of NOx of the required 11 tons of NOx reductions for the State Implementation Plan (SIP) hearing.  Association Director of Technical Services Christopher McGlothlin testified on the fact that more than 1,550 ATVs have been replaced with electric UTVs, which was an unexpected surprise.  While there was very limited testimony in support of the effort, the SIP element update was approved.  The San Joaquin Valley reported at the hearing that more than $200 million in projects are awaiting funding.  Statewide over $97 million in projects have already been funded through the incentive program known as FARMER.  FARMER funding comes from CARB’s greenhouse gas “Cap and Trade Program”.  Unfortunately, after two years of funding in excess of $135 million, funding was reduced in fiscal year 2019-2020.  The Association is leading a coalition that will be working to increase that funding in fiscal year 2020-2021 and is already lobbying on that effort. 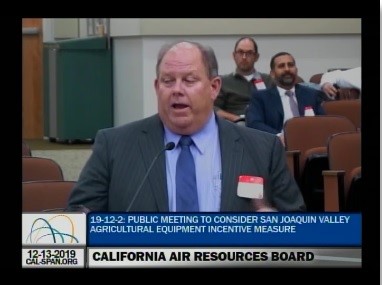 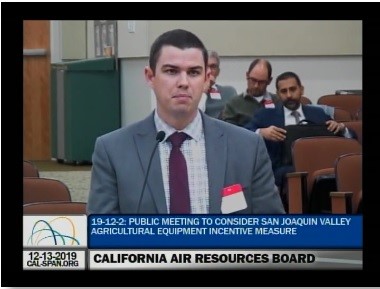